ukraine invasion how to protest in Seattle

Plus Ten Ways We Are Going To Punish China, Russia and Their Collaborators

As we watch on this day, February 24, 2022 the murder of thousands of Ukrainians and the theft of property and assets by the Russian Rogue State, we are watching another move in a game of chess being played against the world’s poor and working classes.

And the US is powerless to stop it.

That is the one thing that no one in the complicit and collaborator media wants you to know or think about.

This is not about how that happened, this is about what we are going to do about it.

But first, you must understand, the invasion started in 1990 when we began to allow Communists and known terrorists into the United States under the first George Bush.

They had to have suspects for their demolition of the World Trade Center of 2001.

They had to have a reason to turn our intelligence network against US.

According to Edward Snowden, after September 11, 2001, that’s exactly what the US Government did.

On a smaller scale of what we see in Russia, the Super-Rich are using the guise of racism to turn uneducated immigrants, the products of our public school Communist indoctrination centers and minorities into racist armies ready to destroy any city developers have an eye on at the drop of a knee.

For example, Seattle, with its rigged elections, was once one of the world’s most beautiful and friendly cities is now a wasteland governed by the Super rich and the Super poor and the criminally violent.

When I visited the CHOP Site on Capitol Hill, the Black Lives Matter members explained the people causing the problems were in the homeless camps all around the CHOP.

We know that George Soros and the DNC funded Black Lives Matters and funded these protests.

Just remember when the money dries up, the protests dry up.

On a much larger scale, we saw the election of Donald Trump momentarily get in the way of the Pay or Get Invaded By the Super Rich Vladimir Putin and his former KGB buddies who got rich squeezing the businesses and businessmen of the Soviet Union under the guise of it being Russia.

As we saw, the Russians were colluding with and getting paid by Hillary Clinton and the Democratic Party, because they needed the Democrats in place to invade the Ukraine.

Meanwhile, the Bidens were making millions from both sides, as they made the deal clear.

To the Ukrainians, they said pay up or we will let the Russians kill your people and take your land.

We see that the Ukrainians could never compete once it became a joke for the Russians to hold off on their plans because of US – Biden bribes and kickbacks.

10 Steps To Non-Violent Resistance.I am not recommending anyone do any of the following. I am simply listing them because I am doing them myself.

We all know that Joe Biden is not running the country. We all know Joe is just a decrepit representative of what was once the Democratic, now the Chinese Communist Party.

To Celebrate Slow Joe and his willingness to say nothing about the Holocaust of the Uyghurs in China and the Citizens of the Ukraine, I will be having one Go Slow For Joe Drive Around Seattle starting in March.

March Out Of China

During the month of March I will not be buying anything from China. If the world will participate, we can shut down the CCP and free the people of China for good.

If do buy anything from China, do it while you are thinking of the violent deaths of millions and don’t forget to include yours and your families deaths as well.

Protests At Every Media Outlet Every Day

How long will you keep sending the Sinclair Corporation that owns almost all of Seattle media the message you don’t care if they think you’re an ignorant puppet?

Any and every group who wants to take back our country should be planning one protest per month outside Sinclair owned Seattle media establishments.

Push Back On The Media

Get a Scanner. If you have time, follow the media when they cover a story. Bring signs. Make noise. Let the people know the collaborator media is working for the Super-Rich because they are the super rich.

Disrupt their broadcasts. Call them out as liars, hypocrites, racists and communists.

Let them know they aren’t welcome – where ever they are in a loving, yet firm manner.

Push Back On The Democrats – One – A – Day Reminders

Every day, send at least one of your Democratic Representative an email or message.

Tell them you are happy to inform them their crimes have been discovered. They can resign and come clean now or wait until after the elections and face a military tribunal for treason.

Every group should be planning demonstrations outside the Consulates of the CCP and Russia.

Get Behind the In-Person Voter Initiatives

Politicians like myself who actually wish to win an election and not just fundraise and act like a big shot are getting behind in-person voter initiaitives.

Of course, there is a lot of work to be done and decisions to be made but we will take the first steps and see where God leads us on the journey to freedom.

Protest For The Things That Are Going To Gain Support

There are lots of protests and protest leaders now. But ask yourself before you join a protest, what is the ultimate goal of the group and is that goal realistic?

For example Victoria Palmer’s March For Freedom has been protesting against the Mask and Vaccine Mandates.

At the same time their group the Washington Civil Rights Council is providing legal help and resources to people resisting the tyranny of Jay Inslee, Pfizer, Chinese Communist Party and DNC.

They have been fighting for almost a year and are one of the best examples of a protest group with realistic goals that people can get behind.

The Only Way Out Is Political or Violent

Many people who don’t know any better would talk a lot of nonsense about using violence to save ourselves from our for-profit politicians.

People talking like this are either stupid, ignorant or FBI counterterrorism.

However, before we ever go down that road or even consider it, we must honor the men and women who worked, fought, sacrificed, counted, verified and helped our voting system work until the computers came along.

It is a war of the mind and body of the rich and powerful against the billions of spirits who inhabit bodies on this planet.

For over a hundred years a small group of evil men and women have been harvesting our minds and our bodies with their wars and hate.

Now they are coming for the ultimate prize – 8 billion souls.

4 And he became aSatan, yea, even the bdevil, the father of allclies, to ddeceive and to blind men, and to lead them ecaptive at his will, even as many as would not fhearken unto my voice.

Finally, we must have a plan. Please follow me at Vote4Heines.com and see if you agree with my plan. 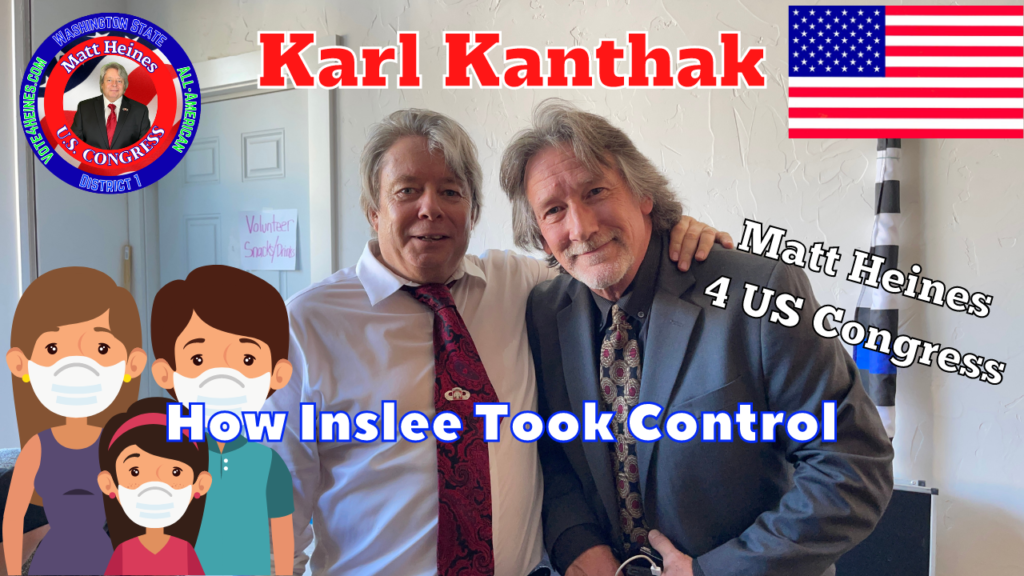 Inslee’s further mismanagement, using illegal powers over businesses to force a vaccine being pushed by his donors Bill Gates, Big Pharma and the opioid giants, ensure that he will one day be convicted of crimes against humanity. 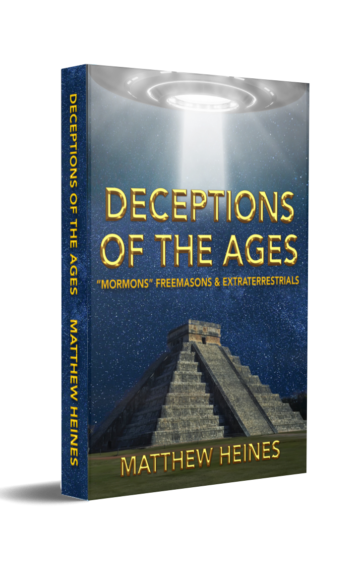