To Whom it May Concern,

This blog was originally intended to educate the “elected” officials of the Redmond, Washington City Council. It’s original intent then changed as it became easier to explain a short story getting longer and longer.

With each court appearance, or more accurately, Washington State and taxpayer sponsored terrorism of a political candidate as it has been proven to be, the need for further blogs becomes necessary.

As well, the number of addressees has expanded with each crime committed and each right violated by the King County Court in Redmond Washington.

From the original Redmond City Council, the addressees now include the Mayor of Redmond, the King County Courts,  and of course the usual and useless FBI, Attorney General, ACLU, Fake Media, UN Commission on Human Rights, US Civil Rights (Dept of Justice) and on and on until somewhere far down the chain is you, the voter.

That is, if somehow this blog and video make it through the social media and Big Brother censorship by tech monopolies I’m trying to break up in the US Congress.

How many agencies or public official elected or otherwise responded?

Request To Stop The Harrassment For Health Concerns

This also includes the number of responses for a reprieve from mental harassment.

I’ve received subpoenas for court on not only the day of my election, in 2020, but on my own birthday.

I also complained of the health effects and depression resulting for not only myself but my wife who just received her US citizenship.

Of course my wife expected I would be treated as a hero in the country where I served as a paratrooper and represented as an educator in Oman and Saudi Arabia.

As you will soon see, the silence in King County Government was evidence of complicity with their own racism, corruption and hatred for the taxpayers of King County.

How they accomplished that was assigning me a court date as close to a holiday as possible.

Then, they refused to allow me entrance into the meeting, after one and a half hours of waiting.

The months and the years go by and King County continues to use me as a platform for their Nazi modeled agenda to stamp out their opponents.

As long as they use bullying, slander and crooked courts, the need will continue to make updates. I’ll update you by blog, video and soon, with my upcoming book.

Until now, I have not done a video to correspond to blogs 1 and 2. With the unending harassment of King County’s racists and crooked prosecutors, it has become necessary for my protection against the legal terrorists.

The terrorists in our Congress, corporations and courts that are seeking to destroy our country.

Now For The Update

To update you on events that have happened between now and the second blog, we’ll start with my appearance before the Redmond City Council.

I haven’t had a chance to appear yet

Like this blog, I wanted to give the King County Court and the Prosecutor a further chance to drop the case.

When I tried to do so in the last session Rebecca Mueller lied and told me Stein Lotzger and Starr chose not to represent me.

This after in an email, I asked Andrew Rice how many cases he had won.

Of course, the reason I had to ask him if he’s won any cases stemmed from his unconcern with the police report I filed after being assaulted.

Later, he demonstrated similar nonchalance when Redmond Police Officer T. Gresham lied and claimed to have spoken with me three times.

During my appearance on April 20th, I asked the Judge why the officer responding to my complaint against her for assault was the same shady officer?

I also asked her, how after I have filed that along with numerous complaints against her with the CDC, Civil Rights and the FBI she can still be sitting on the bench.

At that point she offered to recuse herself and I accepted.

During the April 20th appearance I was put into a breakout room with an attorney named Tibles.

This Judge Michelle Ghelsen assigned this attorney to me at least four months, possibly six months ago.

During this time, in spite of the last attorney Karmali’s instructions, he had never contacted me and I had never spoken to him.

During the brief interview, I asked Tibles how many cases he had won.

“That’s irrelevant,” was his reply.

I told him he was not going to represent me.

When we returned to the court for the second time, this Tibles fellow began lying to Judge Michelle Gehlsen about me.

He did so when I told her he was not going to represent me.

He then made some comment about his parents being from the Philippines and he refused to represent me because either he is a racist, or I am racist.

At that point I realized these people are incredibly stupid and out-and-out racists.

The subject of racism had never come up until this attorney assigned to defend me, after I fired him, admitted he was a racist.

If he is racist against me, then he has no intention of defending me.

Yet, Tibles has an agreement with the county and was specifically chosen by Judge Michelle Gehlsen.

Mr. Tibles admitted in court to not only being an avowed racist, he, along with the two attorneys appointed by Michelle Gehlsen, violated their oaths and defrauded the taxpayers.

They did this when they agreed to defend me with out prejudice.

Yet Tibles admits he had no intention of providing any sort of defense for which he was paid.

Will these attorneys be charged for defrauding the taxpayers?

Suddenly, that explained Karmali wasting a month of my time.

It also explained him working with Michelle Gehlsen to force me into the courtroom to expose me to Covid.

In also dawned on me that’s why Andrew Rice, the first public defender, didn’t believe me and didn’t care if a Redmond Police Officer was committing perjury.

Add to that, it explains why Prosecuting Attorney Rebecca Mueller announced that I have no Miranda rights.

What she meant was I have no rights at all.

That includes everything from an attorney, to a fair and speedy trial, witness to speak on my behalf, due process, and equal protection before the law.

King County Philosophy 101 I Am Poor Therefore I Am Not

The corrupt lying slime in the King County Court System thought they could hang a politician who opposed them out to dry.

Your pay-for-play politicians think now the fortunes they stole from future generations and the rigged process will save them from the voters in the next election.

Well, slime bags, I’m running for office and you’ve got another thing comin.’

How many African Americans and poor people of all races are still in jail because of racists like these who conspired with the prosecutor to convict before trial? 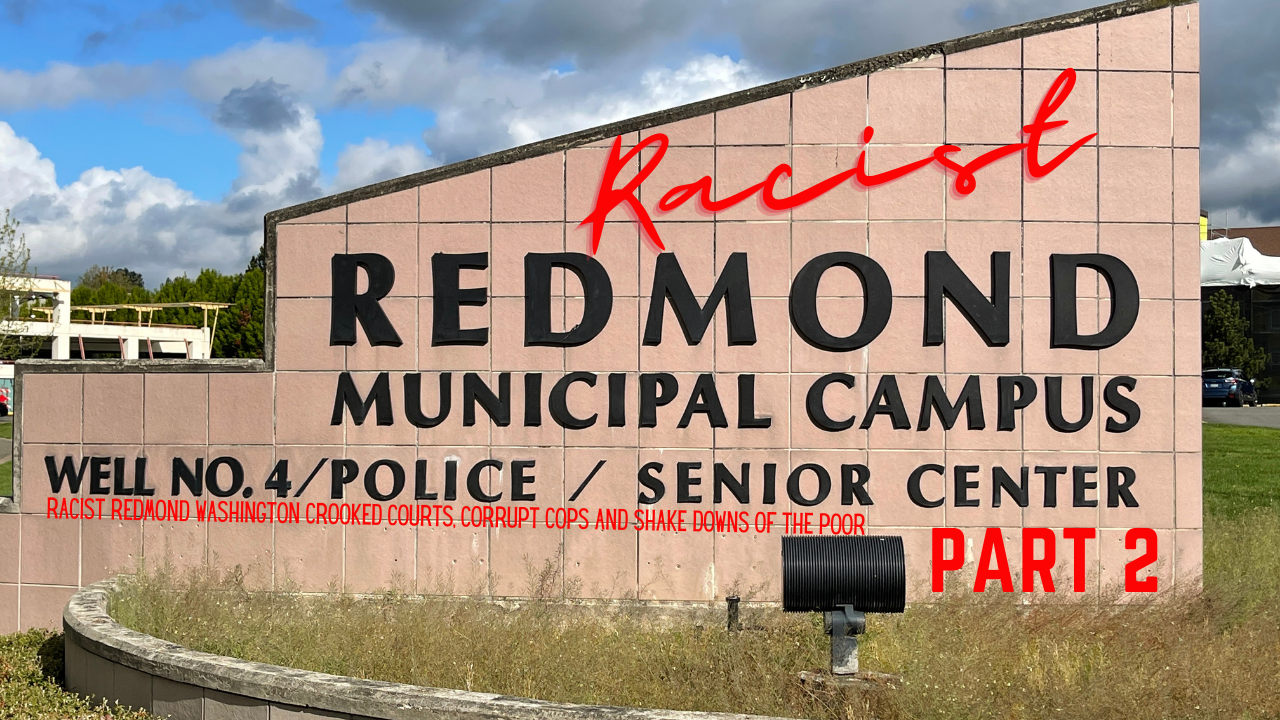 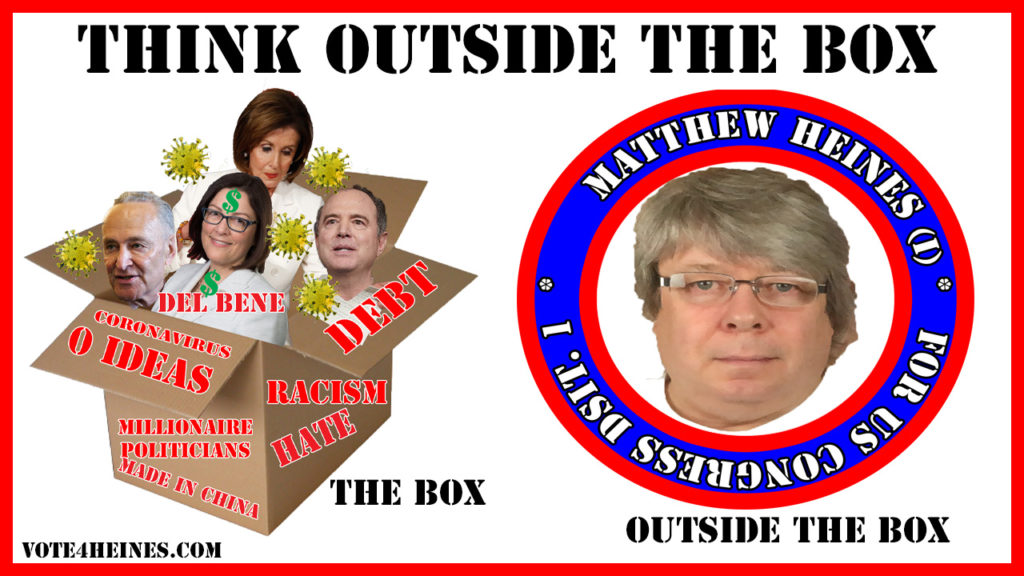 “Vote Outside the Box or You’ll Be Voting For Democrats From a Pine Box.” 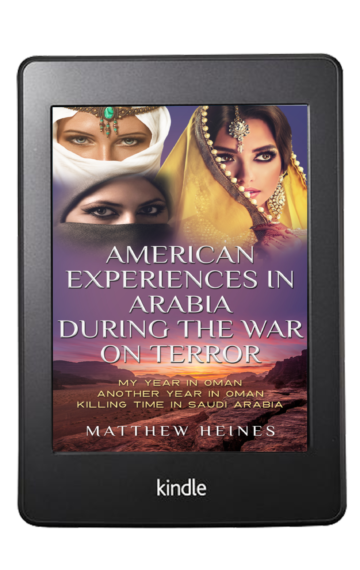