On January 10th, 2021 I received an invitation from Tim Eyman to attend a Rally on Olympia prior to the legislature meeting for the first time since Joe Biden and the Democrats stole the election from Donald Trump and the American people. I didn’t know I’d watch when the Governor orders out private army ready to shoot peaceful protestors.

Usually, I don’t get involved with Tim Eyman and his issues for the simple reason he focuses on small issues and then loses. However, it looked like it was going to be a large rally similar to the rally last summer held at the Capitol to protest the Inslee lockdown of the State.

I went to the rally in Olympia for a number of reasons. Most importantly, I wanted to show my solidarity with the Republican Party after the stolen election and remind the people there, if we don’t get rid of mail in ballots and the Dominion voting machines, we may as well start speaking Chinese.

As a political candidate in the last two elections and a declared candidate in the 2022 US House Race in Washington’s 1stDistrict, I went to the rally prepared to give a speech to point out the following:

I have attended three Trump rallies in Olympia since President Trump was elected.

Every time it is the same people with the same rhetoric.

The first time was in the field below the capitol. There were as many Antifa and BLM protestors and police as there were Trump supporters.

This summer I attended the protest against Inslee and Bill Gates’ China Virus lockdown.

Inslee’s Tactics are Straight From Bolshevik and Nazi Playbooks

Fact: Jay Inslee allowed the takeover of an entire neighborhood in Seattle and the destruction of millions of dollars in private and city property, rape, theft and murder.

Jay Inslee allowed attacks on Seattle Police Officers resulting in dozens of injuries and the loss of a police precinct. If fifty people show up to protest the loss of their Constitutional Rights, their economic freedoms and the futures of their children, Jay Inslee wants to shoot to kill.

It’s more fun when the National Guard isn’t there.

Some people believe the 2016 election was the last election in the US. Somehow Donald Trump and the American People stalled those plans for four years.

Don’t take my word for it. Take theirs.

Olympia Was Not Just to Talk About the Past

Problems we haven’t addressed in the the past have become even bigger problems for our future.

The reason I went to Olympia was to discuss the future, not the past.

I went to Olympia to ask them:

What are the plans for getting rid of voting machines and mail in ballots?

What are the plans for calling for Inslee’s recall?

What are we going to do if we are all banned from social media? How will we communicate then?

How do we support each other in case we are attacked by Jay Inslee and his thugs?

I also came to point out that I am the only candidate who isn’t exploiting problems so I can get elected. I came to offer my solutions to our education problem.

I’m proposing ideas for solutions to our problems We are declining swiftly into a country so brainwashed, ignorant and full of hate, our ignorant citizens can’t understand they are being manipulated.

On both sides loom the same corporations and media who only present information from one side on hand. Then they present the opposite information to another group as truth.

So, enough about what I thought I was going to do, let’s talk about what actually happened.

So, enough about what I thought I was going to do, let’s talk about what actually happened.

Where is the Rally?

Olympia, Washington, in spite of being the State Capitol is a small town. I was a little discouraged on my first pass past the Capitol grounds to see an absence of waving flags and people milling towards the Capitol building itself.

I figured I had arrived a little early. I found a parking spot called my wife and prepared myself and my trusty grocery/political campaign cart for the half mile journey to the capitol.

Since I became a candidate, first for the Senate and now for U.S. House of Representatives attending campaign rallies, political gatherings and so on, one thing I learned early is always bring your own loudspeaker, banners, camera equipment, water, campaign materials etc. otherwise, no one is going to see or hear you. Hopefully that explains the trusty grocery/political campaign cart sufficiently.

While most kids were off in college or enjoying themselves, from 18 to 22 I served in the Army as a paratrooper. Reconnaissance of enemy, and friendly forces was part of the job description. I know what to look for and where to look for it.

As I approached the Tim Eyman Rally, I couldn’t help but notice they had set the protestors up so the National Guard could shoot them from behind a chain link fence.

There were no riot police. The Washington State Patrol took the east flank and the Washington National Guard took the west, lined up in at least a hundred yard perimeter. It is more than evident, with both avenues of escape cut off,  Jay Inslee was ready to shoot Americans assembling peacefully at the State Capitol. I wonder what their standing orders were?

As we all remember, The BLM Rioters cost millions in damage. Then they told the police to retreat.

When Republicans gather peacefully, Jay Inslee orders his personal bodyguard to kill them if they make trouble.

Besides spending my time in a classic L shaped ambush site, the entire rally was a disaster and here’s why.

There were more State Police and National Guard than people

I didn’t bring stakes for my banners, hoping there would be no wind, I used my studio light stands. Unfortunately, there was a wind and I spent at least fifteen minutes trying to get my Vote 4 Heines U.S. Congress banner to stand up and never really succeeded.

From the beginning, some jerk with a much louder microphone and speaker, drown out the tiny megaphone the organizer of the rally brought with her.

When I gave my speech, no one would be able to hear me and it would not be worth recording.

I drove an hour and a half and stood in Jay Inslee’s kill zone for nothing.

I approached the woman with the small megaphone after she finished speaking. Tying to give her my Real Deal card I told her I was running in the 1st Congressional District. Finally, I told her I would like to be able to speak for a few minutes.

She was quite rude and abrupt.

“No. I have enough speakers.”

In spite of the ill treatment, one highlight was meeting Leah Smart and getting the low down on the horrors Jay Inslee and his Pharma/China Coup partners have in store for us and the children of the world.

The Same Old Song and Dance

That was what is wrong with politics in Washington State. Thanks to rigged elections and voting machines, we are now living in a banana republic.

The Democrats are going to hold on to power pointing a gun at anyone who doesn’t agree with them as they implement a biological agenda not seen since the Nazis.

The Republicans are going to continue to spout the same rhetoric and refuse to listen to anyone who proposes finding solutions to problems, not finding problems to make more problems.

So, with that all said, let’s watch the video! 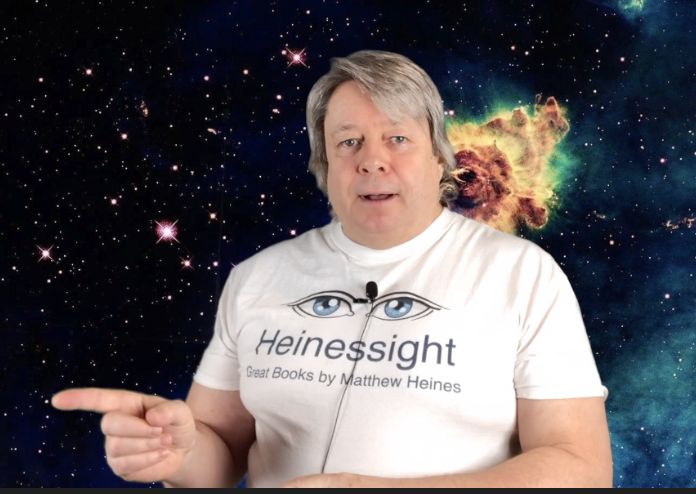